CAF African Schools Football Championship: Scan Aid and New Yundum got off to a flying start in the WAFU-A Zonal Qualifiers 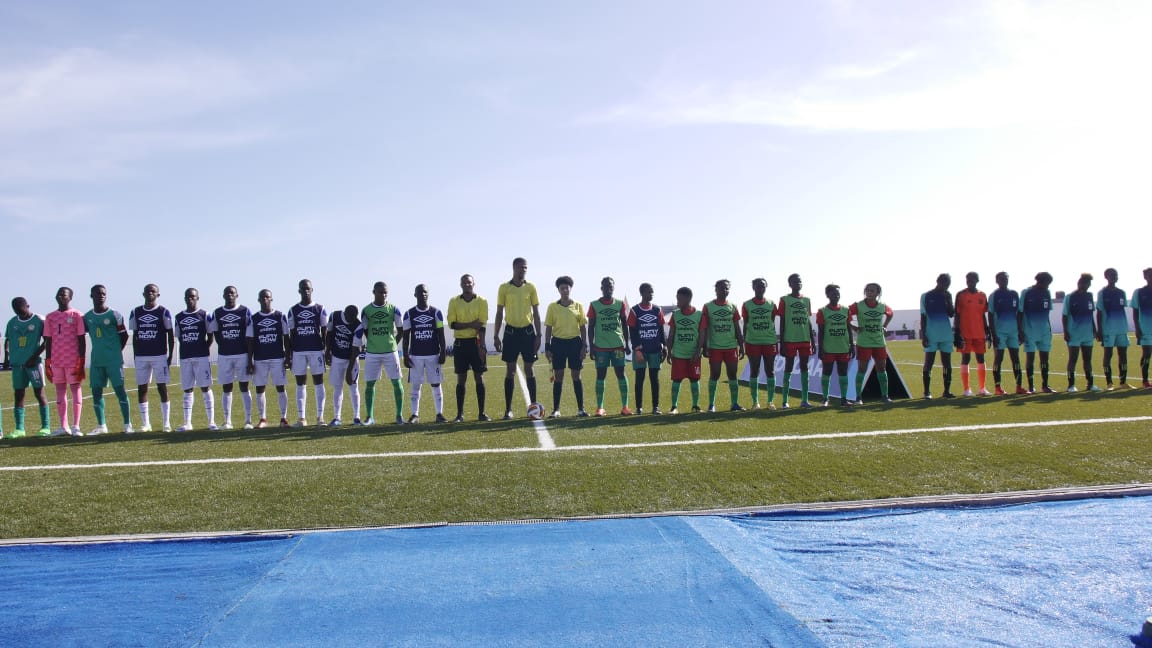 CAF African Schools Football Championship: Scan Aid and New Yundum got off to a flying start in the WAFU-A Zonal Qualifiers

The Gambian side edged out Ecole Moctar Hamidoune of Mauritania 2-1 in their opening fixture at the Municipality Stadium in Santiago.

New Yundum broke the deadlock midway through the first and doubled their advantage before halftime at the magnificent facility in Santa Cruz.

Ecole Moctar Hamidoune pulled one back but it was only enough for a consolation as the boys from Yundum held on to register a moral-boosting victory before taking on Ecole Maria Montessori of Guinea-Bissau.

New Yundum produced a scintillating performance in the second fixture beating Maria 4-0 to top their group and book a place in the semifinals.

Guinea’s Complexe Scolaire Ben Sekou Sylla beat Lycee Koutal of Senegal 1-0 before the Senegalese side were held to a 1-1 stalemate by Escola Secundaria Jose Augusto Pinto of Cape Verde.

Meanwhile in the girl’s category Scan Aid continued The Gambia’s dominance on day one of the WAFU-A zonal phrases when they beat College Fo De Fissa of Guinea 2-1.

The Gambians left it late to secure the victory with a late winner to undo the Guineans who had leveled the score after they were behind.

Cem Amadou Ba Sampathe lost 3-0 to Ecole Congresso de Cassaca of Guinea-Bissau to put their chances of a podium finish in doubt.