Lartey Moans about Injuries after Determine Girls Draw with Mandé 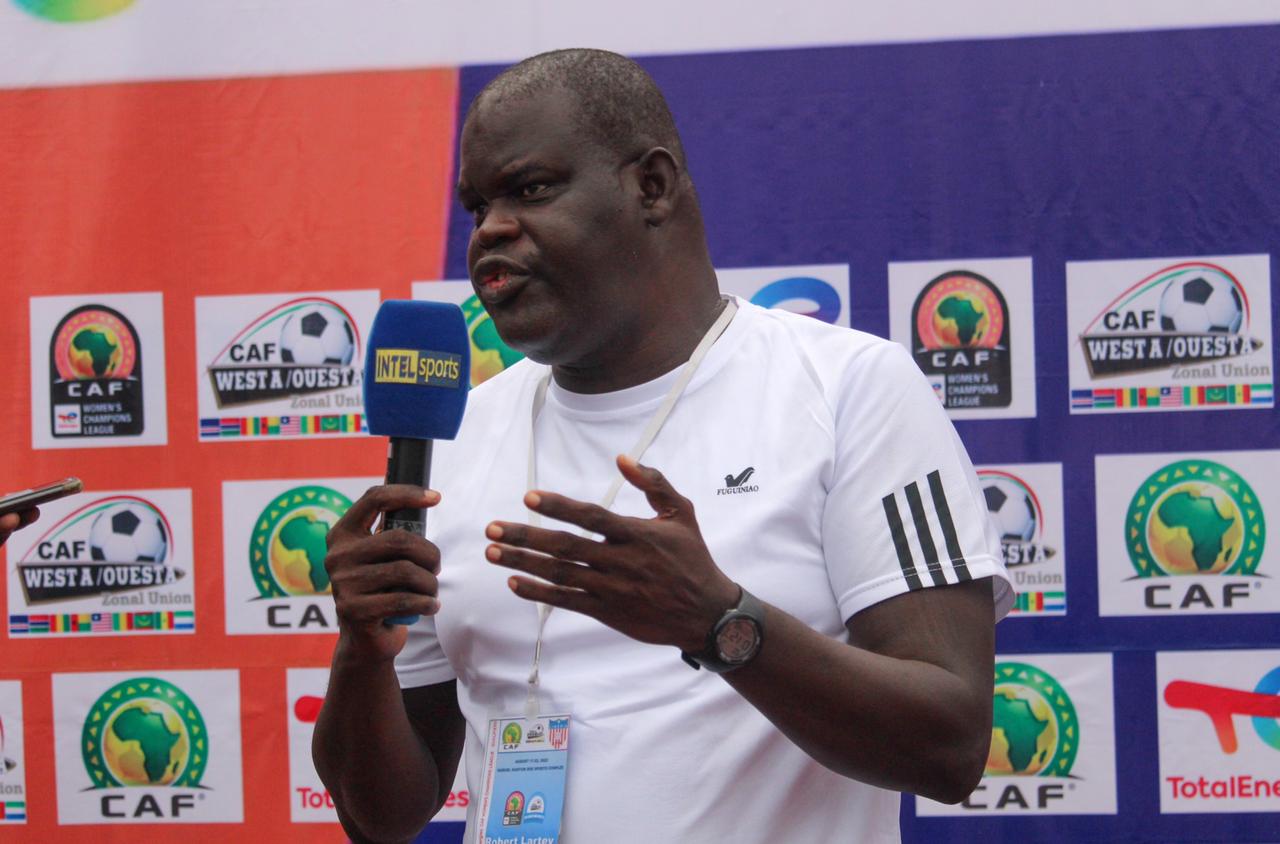 The hosts conceded an added time goal to settle to a 1-1 draw in the opening match of the 2022 West African Football Union (WAFU) Zone A Qualifiers, but Head Coach Robert Lartey said a number of injuries affected his team performance.

Coach Lartey said injuries to most of his key players affected the team’s performance in the 1-1 draw against AS Mandé on Wednesday at the SKD Stadium in Paynesville.

“If you notice during the game our defensive midfielder Margaret Stewart was suffering from injury, we have to also substitute Ruth Wesseh, she was also injured. We had lots of injury before this game,” Lartey moaned.

Lartey also thinks Determine Girls should blame themselves having threw away what should have been an important victory.

“We have to blame ourselves. We had the game in our hands, but we gave it away, but its football these things happen,” he said
Determine Girls will play Senegal women’s double Champions, Union Sportive des Parcelles Assainies (USPA) on 21 August at the SKD at 4pm.