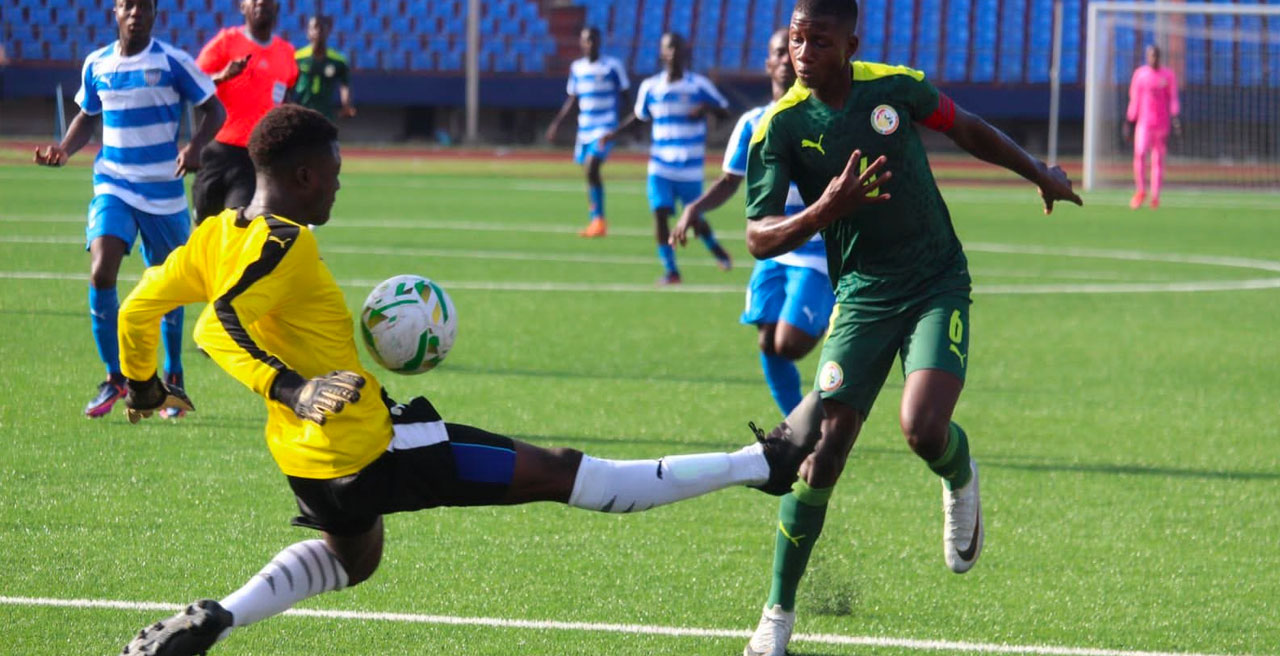 Liberia came from 2-1 down in the first-half on Thursday morning to grabbed a point after settling to a dramatic 3-3 draw against Senegal in the opening match of the 2022 West African Football Union (WAFU-A) Men’s U15 Nations Cup finals.

Lee Zeogar scored a mouthwatering added time goal to secure a point for the 2022 WAFU Men’s U15 hosts at the SKD Sports Complex.

The visitors had a bright start to the match with an early lead from captain Ibrahima Sory Sow just after nine minutes into time.

The Senegalese doubled their lead of Liberia five minutes later with Yaya Memé beating the Liberian defense with a very clever finished to leave the hosts with a mountain to climb.

In spite of the early nightmare, the young Lone Star were not deterred as they kept living to the challenge.

Liberia soon got some hope –all thanks to a sensational free-kick goal from Saah Moses in the 18th minute about some 22 inches distance away from goal.

Despite the fantastic delivery from Moses, it was the visitors who headed to the break with a 2-1 advantage.

Irrespective of the first-half result; home side Liberia put up an impressive fight in the final period especially at the concluding stages to ensure that the outcome favors them.

Liberia’s first chance to get an equalizer came just after seven minutes in the second-half, but captain Moses Toe dashed their hope away by missing from the spot.

Notwithstanding, the equalizer was finally gotten by Liberia less than a minute later, this time, it was Abenigo Gborlee who scored from the 12 yard to make the score even at 2-2.

The Senegalese reclaimed their lead six minutes away from the 60th minute of stipulated time after Yaya Memé converted from the penalty spot.

The hosts continue their unrelenting push and they were rewarded with a dramatic added time equalizer from second-half substitute Lee Zeogar just seconds away from full-time.

Both nations will hunt for their respective first win of the tournament tomorrow: Senegal will battle Sierra Leone in the first match of the day (8:00am) on Friday, 19 August at the ATS while hosts, Liberia will face Mauritania in the continuation of the 2022 WAFU-A Men’s U15 Nations Cup finals.