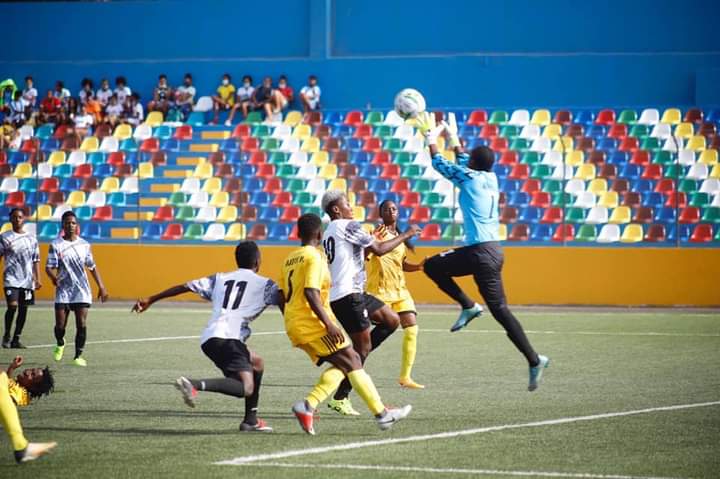 Liberia women’s champions Determine Girls and AS Mandé of Mali will face-off in the opening match of the WAFU Zone A Women’s Champions League qualification on Wednesday, 17 August 2022.

The official opening match involving both teams will take place at the Liberia national stadium, Samuel Kanyon Doe Sports Complex in Paynesville, near the capital Monrovia with a 16h00 GMT (4:00pm) kick-off time.

Determine Girls suffered a massive 4-0 defeat to their Malian counterparts in the maiden edition of the tournament last year in Mindelo, Cape Verde (the official host venue by then).

Therefore, it is obvious that the Liberian champions will come all out today for a revenge against the Malians who come as defending champions of the Zone after emerging as winners last year following a run of two wins and a draw from three games –scoring ten and conceding just two time.

It is of no doubt that the Liberian champions are having an uphill tasks on hand, but they are confident of getting the best result after dominating the local scene by retaining their league title and winning the LFA Petro Trade Cup to complete the domestic double in the past Orange Women’s League campaign.

Determine Girls have been preparing both on and off the pitch since the closed of last campaign. They have also made couple of new signings –both local and international.

Famous amongst their new arrivals were Gambian defender Ruggy Joof who joined on a season-long loan from Army FC of the Gambia and Mabinty Camara from Guinea.

Another thing adding to the motivation is the fact that Determine Girls are serving as the official hosts and it is clear that they will definitely hope to be inspired by home fans at the SKD.

They loose their opening two games in the Zone respectively to Senegalese side AS Dakar Sacre Coeur and eventual Zone winners AS Mandé of Mali.

Their first and only win of the zone was a 2-0 victory over hosts, Seven Stars of Cape Verde in their final game of the zone.

That result was only adequate to see them finished third behind winners, AS Mandé and AS Dakar Sacre Coeur that took the second place in the WAFU-A zone.

After missing out on a place at the maiden edition of the CAF Women’s Champions League, Determine Girls are poised to push for the top spot this time around in order to reach the main tournament.

Like last year, only the club that will finish top of the Zone will have the right to represent WAFU-A at the tournament proper later this year.

All three teams come as double champions of their respective associations.