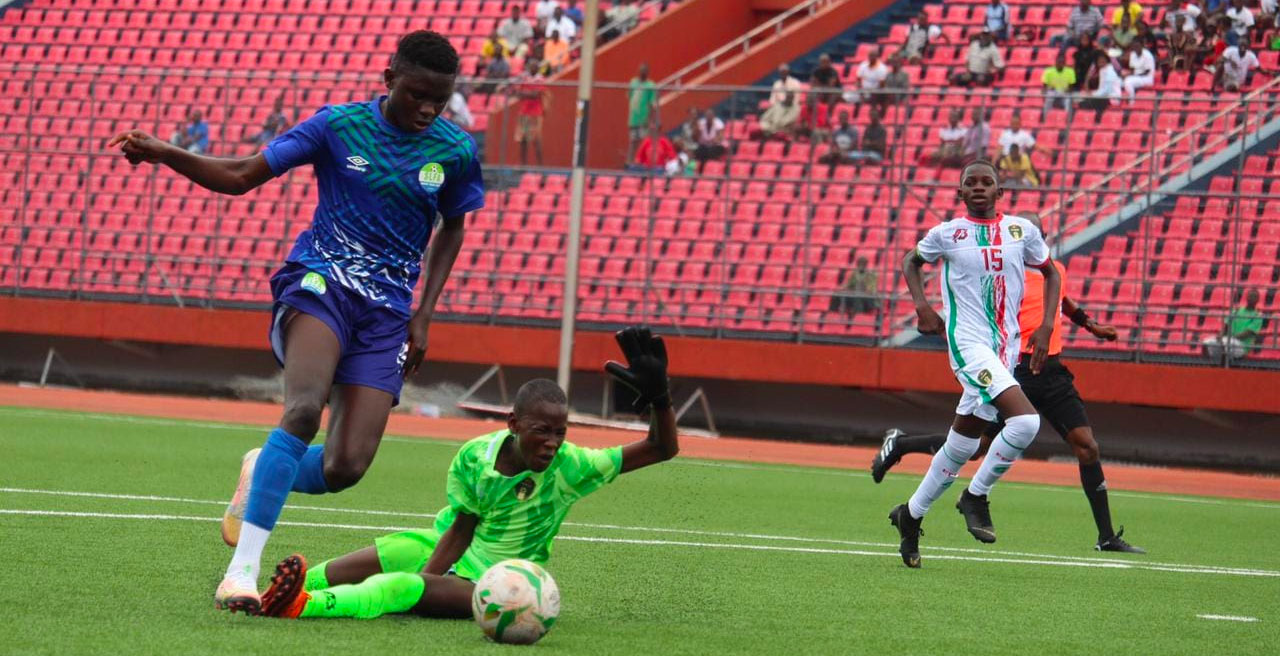 Mauritania were of no match to Sierra Leone during the course of the contest at the SKD Sports Stadium on Thursday, 18 August 2022.

Alie Kabia scored the opening goal in the goal-raining match after five minutes before eventual player of the match, Bailor Bah put his name on the matchday scoresheet in the 25th minute to increase the lead for Sierra Leone at the braak.

Second-half was more of a one-sided show for the Sierra Leoneans who were merciless against the Mauritanians.

A lone goal from Musa Sessay and a hat-trick from second-half substitute Ousman Bangura were sufficient to see Sierra Leone off to a perfect start in the ongoing U15 Nations Cup.

This result set Sierra Leone at the helm of the WAFU-A Nations Cup which comprised four nations: Liberia, Sierra Leone, Senegal, and Mauritania.

Hosts Liberia and Senegal earlier today settled to a dramatic 3-3 draw in the opening match of the tournament.

With this victory, the Leone Stars have made their intention of emerging as champions of this year’s WAFU Zone A Nations Cup clear, thereby sending a strong signal to their other group’s rivals; Liberia and Senegal.

They will take on Senegal in their next match of the competition tomorrow (8;00am) at the Antoinette Tubman Stadium.

Mauritania will face hosts Liberia at the same venue following that match.